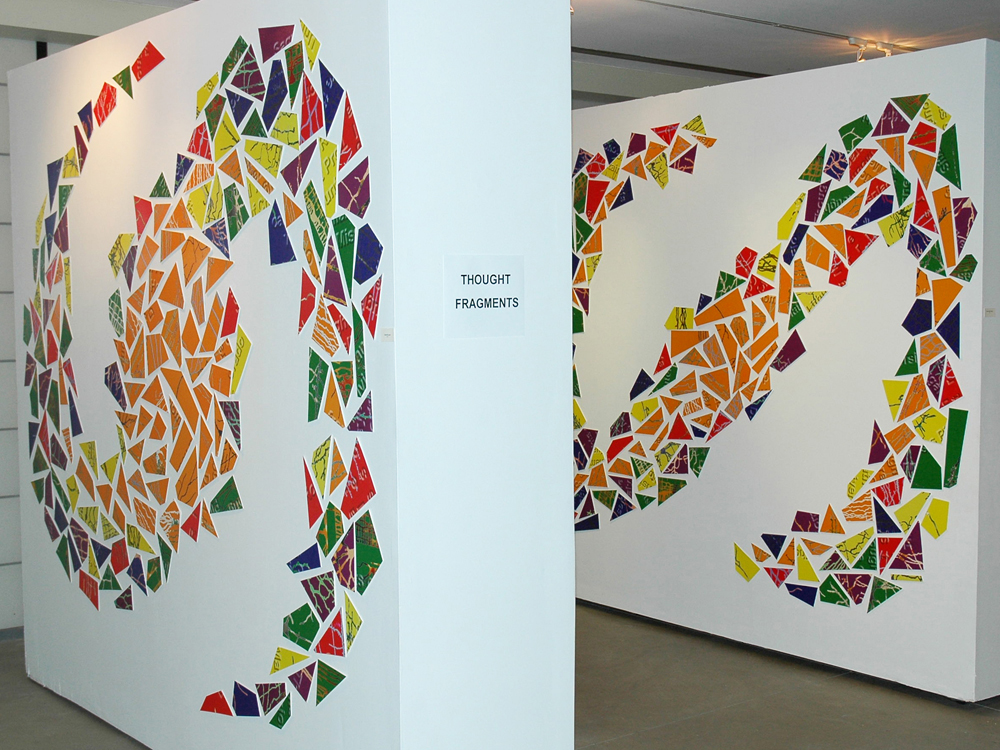 Several years ago, as part of my Mindscapes exhibit at the Beverly Arts Center in Chicago, I created four, 8 x 9 foot, wall installations, that I called Thought Fragments. I took previously exhibited, large-scale paintings on canvas, cut them up into 1-foot squares, and dry mounted them onto boards. I then cut these boards into irregularly shaped, palm-sized pieces that were attached to the walls. For these four galactic-inspired works I used over 1,000 such pieces.

Each of these thought fragments contained not only a re-purposed artwork, but each piece incorporated transformed images of my own previous art works, my EEG’s (brain waves), my MRI brain scans, and neuronal profile drawings by Cajal. Although each piece was small in size, the layering of content was very substantial. 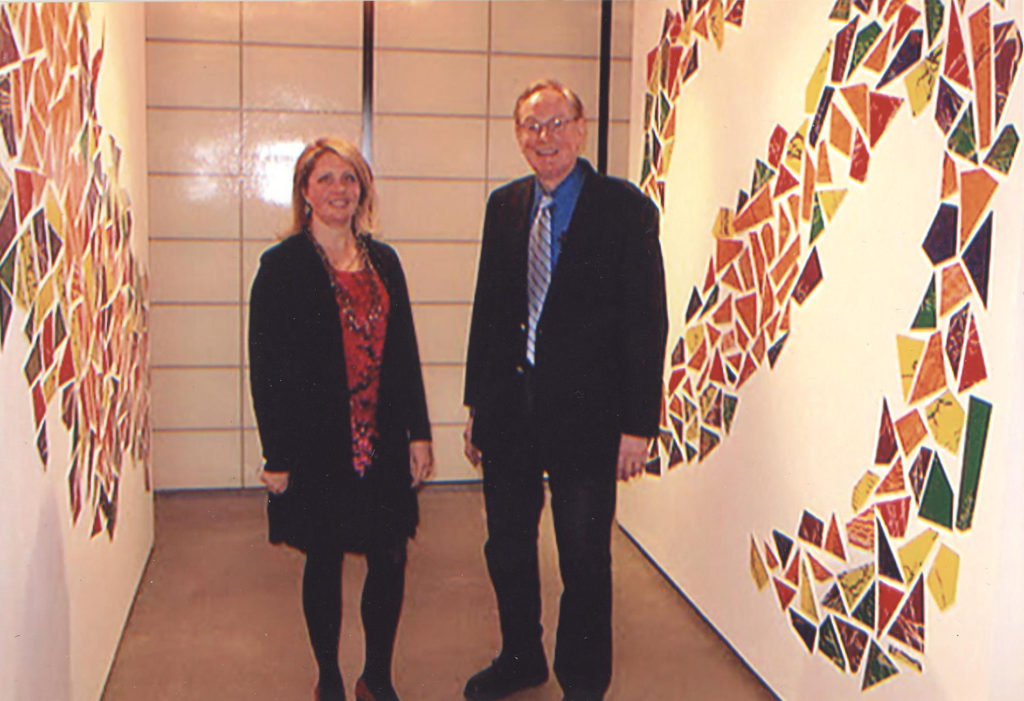