Unofficial logo of the American Academy of Neurology 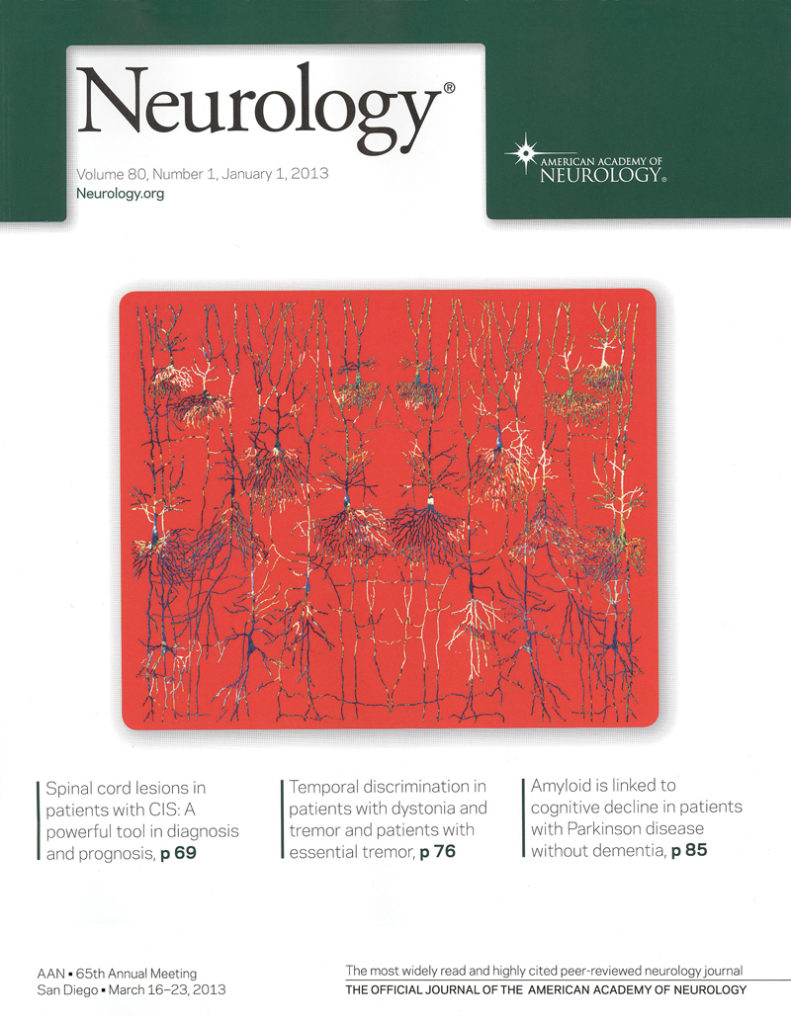 Neurology, published by the American Academy of Neurology, is the most widely read neurology publication in the world. Since appearing in January, 1951, it’s front cover was either plain green, or had a table of contents. With the January 1, 2013 issue, this 62 year tradition was broken with the appearance of my art work, Dreams / Explorations, and then once more on page 121.

At the request of the Academy, I allowed the use of this image for their own promotional purposes. Dreams / Explorations appeared in Academy advertisements for Neurology in subsequent issues, and in other publications. In fact, in most issues, it appeared several times.

In 2013, the average number of times a color image of Dreams / Explorations appeared in each issue was 2.1, and the average number of times a black and white image of this piece appeared was 4.2, for a total of 6.3 times per issue. The record breaking issue was the February 5, 2013 one, where Dreams / Explorations appeared 15 times, of which 9 were in color.

In 2013 and 2014 Dreams / Explorations was the unofficial logo of the Academy.