Microtubules, Consciousness and Down Syndrome 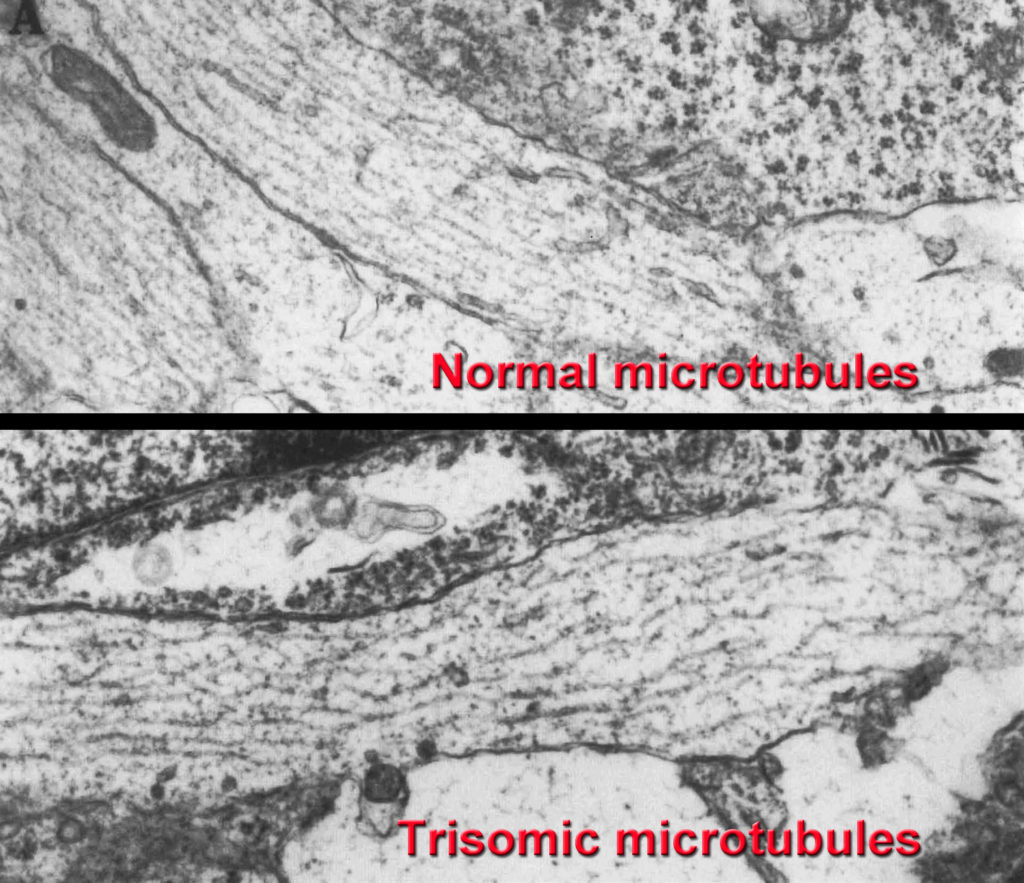 When I went to college at the University of Chicago, it was to study particle physics—to understand what the world is made of. During my second year, despite my protests, I had to take a biology course. When Richard Mintel started explaining the nervous system, I became mesmerized. How is it that the brain produces thought, consciousness, us as human beings? I decided that this was a much more interesting question, so off to neurobiology!

Among many investigations, I explored possible causes of cognitive delay seen in Down Syndrome. This condition is due to an extra 21st chromosome. An almost identical condition appears in mice with the triplication of the 16th chromosome.

At the University of Toronto’s Hospital for Sick Children I used electron microscopes to investigate the cerebral cortex of this mouse model. These studies revealed that neuronal microtubules are abnormally shaped—instead of being straight, they were more coiled and curved. Microtubules are important in maintaining cellular shape and are responsible for intracellular transport of many elements. A disturbance in microtubular functioning may underlie the cognitive impairment seen in Down Syndrome.

This was the first electron microscopic investigation of brain neurons in Down Syndrome. The results were published in 1989 (Brain Research Bulletin, 22:233-243–the full text can be found in the Alzheimer’s Disease section of Neurology Articles in this website). Since then research in abnormal microtubular functioning in Down Syndrome has continued with the latest publication appearing in February 2020.

So, this leads me to wonder if my electron microscopic observations of abnormal microtubule structure in Down Syndrome may affect consciousness, and thus affect cognitive functioning.