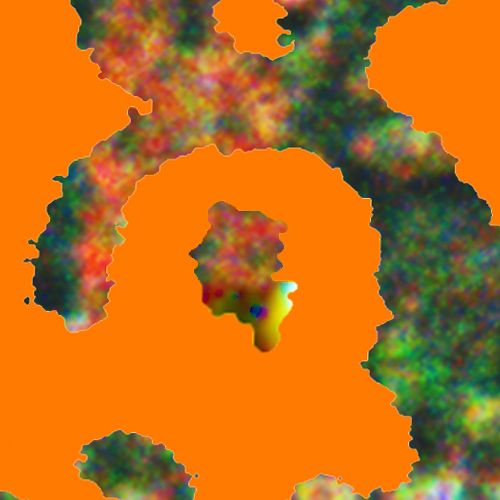 The cerebral cortex, in its lateral wiring, and the need for the conscious experience to incorporate the surrounding world of the senses, produces a unification of the internal neural network with the external world. This unification results in an integrated field of consciousness where the neural activity within the cerebral cortex is in keeping, and in harmony with, aspects of the surrounding external world. This produces a unification, a field effect of consciousness.

It may be possible that a person’s field of consciousness may be sensed by others. This sort of an sensory ability may not be available to everyone, or at all times. Just as in sports or academic undertakings, there are individuals who are more adept and those who are less.

Within the past year a number of events have occurred in my own personal life, each of which, if taken individually, could be attributed to coincidence, but in aggregate, they indicate that a field of conscious experience can take place even in a developing and growing nervous system.

The following two events, which took place in the past year, involve my youngest daughter Ausrine, who is currently four years old. While driving on the way back home from work, I thought that it would be an appropriate time to call my other children who live in Washington and speak with them. I was thinking that Ausrine may be interested in saying hello. I came home and as I sat down at the dining room table, Ausrine sat down next to me, looked at me and said, “Let’s call Hiliary”. Hiliary is my daughter living in Washington.

Several days ago, I was driving home and thinking about Ausrine. I thought that I may not be assisting her developmental processes as I should be doing. In taking care of her in the evenings, and in the mornings, I always get her dressed. I thought that she is now four years old and that she should be able to dress herself, with just a little bit of help from me. I thought that, as a father, I was not correctly rearing her. These disturbing thoughts preoccupied me during my drive home. That same evening, I was very tired and when it was time to put Ausrine to bed, I automatically started the usual process of picking out her nightgown to dress her. Ausrine looked at me and said, “I’ll do this myself.” The only assistance that she wanted was to have me indicate which direction the diaper has to be placed on, and the rest of it – she picked out her own clothes and totally dressed herself. The next morning exactly the same thing occurred. She insisted on dressing herself totally. She did this extremely well and independently.

About a year ago, in the evening, I was sitting at the dining room table with Ausrine. Suddenly, she looked up, pointed upwards with her hand, and said “light is out”. The lights were actually all working perfectly fine. I had no idea what she was referring to. About three or four minutes later, Milda, my other daughter who is seven years older than Ausrine, came down from upstairs and said that the lightbulb burned out in the TV room. She had been reading her book, but with the light out this became very difficult. Milda had said nothing while she was upstairs. Ausrine simply knew what had happened.

Even at the age of two, an event took place which was very unusual. At the time there were some marital difficulties that we were having. One evening I was very distressed and despondent about our future. As I was sitting in my office in deep depression, I suddenly felt that there was something wrong. I got up and walked to Ausrine’s bedroom. Along the way I had to open three closed doors. When I entered her room I found her standing and throwing up. This is the only time that I have seen Ausrine throw up. There was blood mixed in with the vomit. It appeared to me that the deep distress that I was feeling was also felt by Ausrine and led to her having a significant episode of gastritis.

Since 1998 I have had a remarkable episode involving my other daughter, Milda. This event is discussed and is incorporated in several of my light sculptures. Briefly, during an afternoon nap, I dreamt that I was on a photo shoot on the French Mediterranean coast. I had been there a full week and my knapsack was full of exposed roles of film and my camera. I went into a café to get some refreshments. Suddenly, my knapsack was stolen. I went into a panic and quickly woke up. A few minutes later, Milda called me over the phone. She was in Milan, Italy, on a college semester abroad program, attending an evening concert. Her knapsack, with all of her money, papers and passport was stolen! This actual theft in Italy took place at exactly the same time that my knapsack was stolen in my dream.

Another event took place just before Christmas. We had just finished putting up a large Christmas tree and fully decorating it. While eating dinner, I started to hear a tinkling sound. Wondering what this was, I wandered through the house and looked into the ballroom. The Christmas tree had fallen over, and the tinkling sound was the glass ornaments breaking on the floor. Later, we found out that at that exact same time that the tree fell over, my mother-in-law, living in Vilnius, Lithuania, had a heart attack.

In terms of explaining these events, besides hypothesizing a field of consciousness, I wonder if the quantum mechanical phenomenon of entanglement may have played a significant causative role. This is a question worthy of further artistic investigation.

The image at the top is a detail from Family Homestead.